Find a store near you

Sprouted grains and seeds have been shown to be higher in nutrients like the B-vitamins, Vitamin C and essential amino acids. Plus, th

Modern day athletes and adventures are more educated than ever before in achieving results in life and sport. Even those who are not vegans or vegetarians are embracing the power of plant-based nutrition because it works. It nourishes, alkalizes and fuels your body so you can push yourself to the limit and come back stronger than ever.

Gone is the gritty, grainy mouth feel of a typical vegan protein. In its place is a smooth, delicious flavour and a creamy texture that will almost certainly surprise you.

Sprouted grains and seeds have been shown to be higher in nutrients like the B-vitamins, Vitamin C and essential amino acids. Plus there is greater enzyme activity for improved digestibility and absorption. The net result is undeniably better nutrition.

Each of our 5 proteins have been sprouted at room temperature for greater nutrition & impact on your performance.

When it comes to performance and adventure, your body needs clean, nutritious fuel. Our food is being modified and sprayed like never before. By choosing organic, you get far superior nutrition and you protect yourself from the pesticides–herbicides, insecticides and fungicides–that are used in conventional farming. 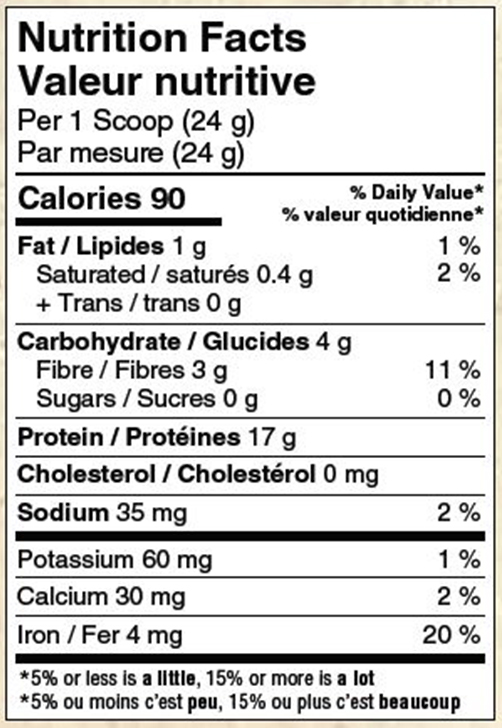 Suggested Use: For a delicious high protein shake or smoothie, mix one scoop (24 grams) of Iron Vegan Sprouted Protein with 200ml of rice or almond milk, or the beverage of your choice. It can also be added to oatmeal, muffins or pancakes to help increasetheir protein content

Added to your cart: